BUSINESS: General Electric (GE) gets out of Oil & Gas, Healthcare 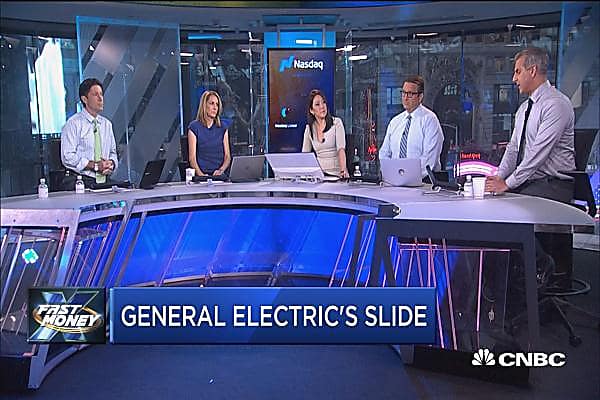 GE breakup leaves it with best and worst performers

(Reuters) – General Electric Co said on Tuesday it will spin off its healthcare business and divest its stake in oil-services firm Baker Hughes, effectively breaking up the 126-year-old conglomerate which was once the most valuable U.S. corporation and a global symbol of American business power.

The slimmed-down company will focus on jet engines, power plants and renewable energy, which GE hopes will reward battered shareholders who have seen the stock lose more than half its value over the past 20 years.

“This is really the culmination of 10 years of observations I’ve had about the company,” said Chief Executive John Flannery, a GE veteran who took the helm in August with a mandate to revamp the company. Flannery’s comments came on a conference call with investors and analysts.

GE said its plan will strengthen its balance sheet by reducing debt, building up cash and further shrinking GE Capital. Shareholders will receive 80 percent of the value of GE Healthcare as a tax-free distribution of shares.

Effective Tuesday, GE was kicked out of the Dow Jones industrial average, the iconic stock index of which it was a founding member in 1896.

The company will spin off the profitable healthcare unit over the next 12 to 18 months, and sell its Baker Hughes stake over two to three years.

GE will likely either need to hold an initial public offering of Baker Hughes, organize numerous block trades of shares to institutional investors, or find an entirely new investor to acquire its holding since the only two strategic buyers of its stake, Schlumberger NV and Halliburton Co, would have major antitrust risks in the oilfield services market, analysts said.

In an interview, Flannery declined to rule out selling healthcare or the Baker Hughes stake to strategic buyers, but he said the company intended to have them both trade publicly so GE shareholders benefit from future growth.

The decision to divest does not mean GE dislikes the businesses, he said. “It’s quite the opposite. We’re trying to get these out directly into our shareholders hands and in an environment where they can grow more quickly.”

GE pledged to preserve its 48-cent-a-year dividend until the healthcare unit is spun off, partially appeasing investors who have expressed concerns about the company’s ability to pay it. [L2N1SU17A]

The moves, which end a year-long strategic review, mirror changes that analysts had sought a year ago.

GE said its plan to divest $20 billion in assets “is substantially complete,” leaving a “simpler and stronger” company that it hopes will boost growth, operating profits and shareholder returns.

Major shareholder Trian Fund Management supports GE’s plans and believes that the initiatives will create “substantial value for shareholders,” it said in a statement.

To view a graphic on GE’s market capitalization under past 4 CEOs, click: reut.rs/2Mp76e4

But the changes leave GE with some of its best- and worst-performing units. Aviation has been highly profitable, but power business profit has tumbled as sales of plants and services have slowed, and renewable energy profit margins are less than 5 percent, a result of fierce price competition.

Flannery said in the interview that he expected gas-powered electricity generation to keep rising over the next 30 years. But new power plant sales will be weak “and frankly we’re planning for that as sort of indefinite,” Flannery said.

“We’re making management actions now premised on we’ve got to live in that world,” he said. “If it changes, great, but don’t hope.”

On Monday GE said it agreed to sell its distributed power unit for $3.25 billion to U.S. buyout group Advent. GE also has agreed to shed its transportation unit, which makes railroad locomotives.

GE bought Baker Hughes in 2017 and combined it with its own oil-and-gas equipment and services unit to create a new company in which GE owns 62.5 percent. The unit reported sales of $17.23 billion in 2017.

GE estimated restructuring costs at between $800 million and $1.2 billion, and said it plans to reduce industrial net debt by about $25 billion by 2020 and maintain more than $15 billion of cash on its balance sheet.

The company has foundered in key markets in recent years, and a foray into financial services steered it into the eye of the global financial crisis in 2008.

GE has since largely divested GE Capital, but lingering liabilities forced it to take a $6.2 billion charge last year, and begin setting aside $15 billion more in reserves against insurance claims.

Former GE CEO Jeff Immelt, who ran the company for 16 years, from shortly before the 9/11 attacks to last summer, said in a statement that important elements of GE’s history would continue after the latest batch of sales are done.

« UGANDA invites investors to do business in the country (Previous News)
(Next News) DRCONGO: ‘I’ll work with anyone, even Bemba’ – Moïse Katumbi »

UGANDA: NTVUganda has added ON THE GROUND: The challenges Ugandans face in registering businesses video