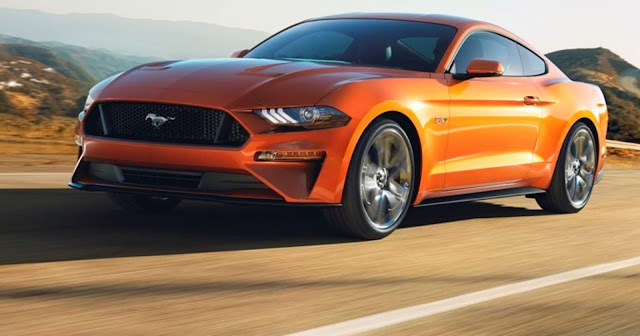 BLOOMBERG – Sometime in the next year or so, the U.S. auto industry will cross a once-unimaginable threshold: Average horsepower for the entire fleet will reach 300. (At the moment, it is tuned up to 296.)

It is an absurd number—the stuff of drag-racing dreams. It’s also, almost entirely, a happy accident. The engineers tuning up the industry’s average sedans and dad-jeans SUVs have spent the past decade trying to lower emissions; speed was an unintended byproduct.

The average miles per gallon for the American fleet has climbed by 24 percent since 2008, according to data analysis by Edmunds.com. Those cars posted a 14 percent boost in power over the same period. In the past year alone, that number jumped by 3 percent.

“We’re in the golden age of horsepower,” said Ivan Drury, senior manager of data strategy at Edmunds. “The only thing I’m nostalgic about—that I know is going to die—is the manual transmission.”

The average U.S. vehicle has steadily become both more powerful and more efficient in the past decade.

As global regulators progressively tightened emissions standards, automakers were forced to do more with less. They built a mountain of relatively small, super-efficient four-cylinder engines to swap out hulking, thirsty V-8s. At the same time, they increasingly boosted those furious little powerplants with turbochargers and electric motors. These modern engines run like a pack of Australian shepherds—efficient, quiet and even drowsy, until something needs to be chased.

“You can get the best of both worlds,” Drury said. “If you really want it, the power is there.”

Volvo is the best example of this modern approach to power. The Swedish automaker, owned by China’s Geely Holding Group, fits most of its vehicles with the same four-cylinder engine and then tweaks it slightly, depending on the model. It’s the internal-combustion version of an Ikea shelf: simple, pragmatic and abundantly hackable. In its most docile form, the tidy engine makes 260 horsepower, but when fitted with a turbocharger, a supercharger and a pair of electric motors, Volvo increases the output to 400 horsepower.

On the brand’s XC60, that angry engineering equation makes for Porsche-style speed in an SUV designed for soccer practice carpools. The rig will even go 18 miles solely on its electric motors. Not surprisingly, Volvo plans to put the package in almost all of its seven models.

Half of all U.S. vehicles now have a turbo or supercharger, up from 27 percent a decade ago. The share of cars and trucks with an electric motor climbed from 2.5 percent to 10 percent in that time. Big, thirsty V-8 engines are fading like the dinosaurs they run on; only 16 percent of U.S. vehicles available this year come with one.

The V-8 is a dinosaur, replaced by smaller engines with electric and turbo boost.

Smaller engines are even finding their way into the iconic ponies of the past. Ford Motor Co.’s Mustang comes kitted with a four-cylinder that is less than half the size of the car’s traditional V-8. The Ford executive who gave this strategy a green light is both courageous and prescient. To the car nuts who make up the Mustang ranks, this would have been seen as sacrilege just a few years ago, said Bill Visnic, editorial director at the Society of Automotive Engineers. But car buyers no longer pay much attention to the physical size of what’s under the hood. Generally, they look for horsepower and mileage.

“There’s an old saying: ‘There’s no replacement for displacement,’” Visnic said. “Well, that’s finally been dispelled for most people.”

Big rigs are even getting the tiny engine treatment. General Motors Co. recently said it would offer a four-cylinder in the 2019 version of its Chevrolet Silverado. The truck will be more powerful than it was five years ago, when it was mated to a V-8.

“Think about that—a full-sized pickup,” Visnic said. “Once you jump that shark, everything is up for grabs.”

The Chevrolet announcement was a particular coup for BorgWarner, the Michigan-based company supplying its turbo. In recent years, that chunk of its business has grown at an annual rate of more than 11.5 percent, according to Hermann Breitbach, vice president of engineering for the group. What’s next? A wave of turbo-chargers bolted to engines with three cylinders, rather than four. “It’s kind of a logical trend,” Breitbach said.

Trump’s Play to Base May Backfire in Midterms

The midterms are coming, and Donald Trump’s latest trade escalation with China is fracturing Republicans as they fight to maintain their grip on power in Washington.

Beijing’s response to a fresh round of tariffs targets U.S. farm and coal imports — two sectors that have strong ties to Republican states and districts that Democrats already have zeroed in on.

The risk for the majority party is that retaliatory measures overshadow any perceived benefit of taking a harder line with China, particularly with Trump’s push to revive coal power plants yielding limited results.

In a sign of how skittish congressional Republicans have become, the Senate plans to vote this week on legislation challenging Trump by retaining steep sanctions on China’s ZTE Corp. that the administration recently lifted.

That split — and another confrontation looming in the House over a measure that would halt Trump’s policy of separating undocumented immigrants’ children from their parents — reflects the growing challenge for Republican lawmakers of trying to gauge how far to take differences with a president who remains popular with the party’s base.

With barely four months until they face eager Democrats at the polls, Republicans have little time to figure it out.

Pork is among the U.S. farm products China is targeting. Click here for more on how a U.S.-China trade war could play out and here for an analysis of ad spending in the fight for U.S. House control.

High-stakes play
How far is Bavaria’s ruling party willing to push German Chancellor Angela Merkel? That’s the question occupying Berlin as a coalition impasse over immigration policy hardens. The outline of a potential compromise looks Herculean in scope: Merkel has set herself the task of forging an EU-wide fix to Europe’s refugee crisis within two weeks.

Crunch time
U.K. Prime Minister Theresa May’s big announcement of more money for the cash-strapped National Health Service should have been an easy political win. Instead she’s getting pilloried for not being transparent on how it will be paid for, pushing a debunked claim the money will come from the contributions the U.K. stops making to the European Union post-Brexit.

Uribe returns?
Colombians elected pro-market lawyer Ivan Duque in a runoff that pitted the protege of former President Alvaro Uribe against ex-guerrilla Gustavo Petro. Duque inherits a sluggish economy, the threat of rating downgrades and a resurgent coca crop that’s caught the U.S. president’s attention. He’ll also have to deal with the perception that he’s a puppet of Uribe, who’s suspected of ruling in the shadows.

Islands of debt
Papua New Guinea is the latest frontier in China’s bid for global influence, with the developing Pacific nation expected to owe Beijing about $1.9 billion by year-end, or a quarter of its total debt burden. Such lending practices are raising concerns among the Trump administration and others that South Pacific governments may be forced to concede state assets or other strategic advantages to pay China back.

Lira in crisis
Turkey’s so-called Anatolian Tigers are roaring a little less these days. The conservative heartland cities where businesses boomed under Recep Tayyip Erdogan’s 15-year rule have been a bastion of loyalty for the president and his ruling party. But in the run-up to elections on June 24, they’re feeling the pressure from a collapsing currency and an explosion in debt.

And finally … It’s a familiar problem:
Women outnumber men in the European Union but are underrepresented in the highest echelons of government, politics and business. But the Women Enablers Change Agent Network (WECAN), a Brussels activist group, plans to kick off a campaign this week aimed at changing that ahead of next year’s European Parliament elections, which will influence key posts at the European Commission and European Council. —— AUTO – GENERATED; Published (Halifax Canada Time AST) on: June 18, 2018 at 08:38AM