BURUNDI: Rape and murder cloud Nkurunziza power grab for life – WHAT IS NEW IN AFRICA? 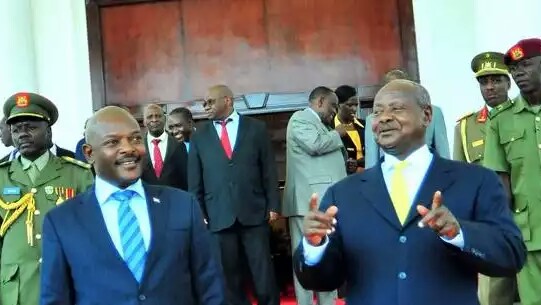 NAIROBI (Reuters) – At least 15 people were killed and six were raped during a referendum campaign in Burundi that could let President Pierre Nkurunziza hold power until 2034, Human Rights Watch said on Friday.

Security forces and their allies the Imbonerakure youth militia created a climate of fear and intimidation ahead of Thursday’s vote and opponents were targeted, said the rights group in a report.

Results are expected to affirm the constitutional change after voters were asked to accept or reject a proposal that would allow the president to stand for two seven-year terms. Results should start flowing on Friday.

Nkurunziza is a former rebel leader who took power in 2005 at the end of a civil war in which around 300,000 people were killed. His current term ends in 2020.

Nkurunziza was due to step down in 2015 but early that year he announced he was seeking a third term, triggering deadly clashes with his opponents and a political and security crisis that has gripped the impoverished country of 10 million since.

Half a million people have been displaced, mostly as refugees in Rwanda, Tanzania and Uganda.

Burundi has a similar ethnic mix as its northern neighbor Rwanda, where 800,000 Tutsis and moderate Hutus were slaughtered by Hutu extremists in a genocide in 1994. —— AUTO – GENERATED; Published (Halifax Canada Time AST) on: May 18, 2018 at 09:02AM