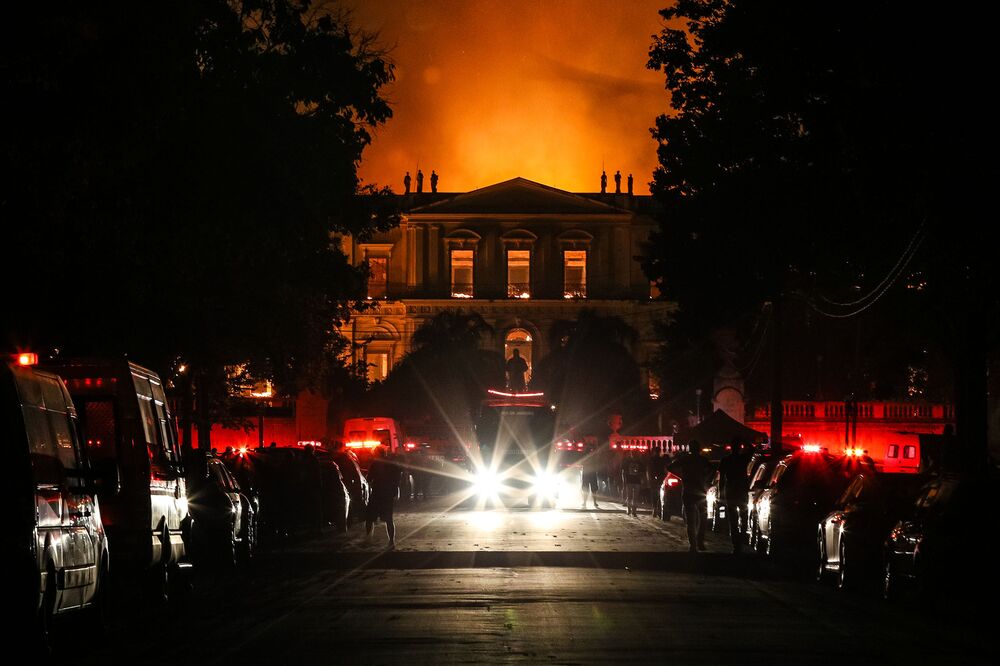 The esteemed museum, which houses artifacts from Egypt, Greco-Roman art and some of the first fossils found in Brazil, was closed to the public at the time of the fire, which broke out at 7:30 p.m. Sunday local time, it said in a statement.

There were no reports of injuries, the museum said, and it wasn’t immediately clear how the fire began.

Roberto Robadey, a spokesman for the fire department, said 80 firefighters were battling the blaze and that by midnight local time it was “just about under control” and should be out within a few hours.

President Michel Temer called it “a sad day for all Brazilians.”

“Two hundred years of work, investigation and knowledge have been lost,” Temer said in a statement.

According to its website, the museum has a vast collection related to the history of Brazil and other countries, and that many of its collections came from members of Brazil’s royal family.

Robadey said firefighters got off to a slow start fighting the blaze because the two fire hydrants closest to the museum were not functioning. Instead, trucks had to be sent to get water from a nearby lake. 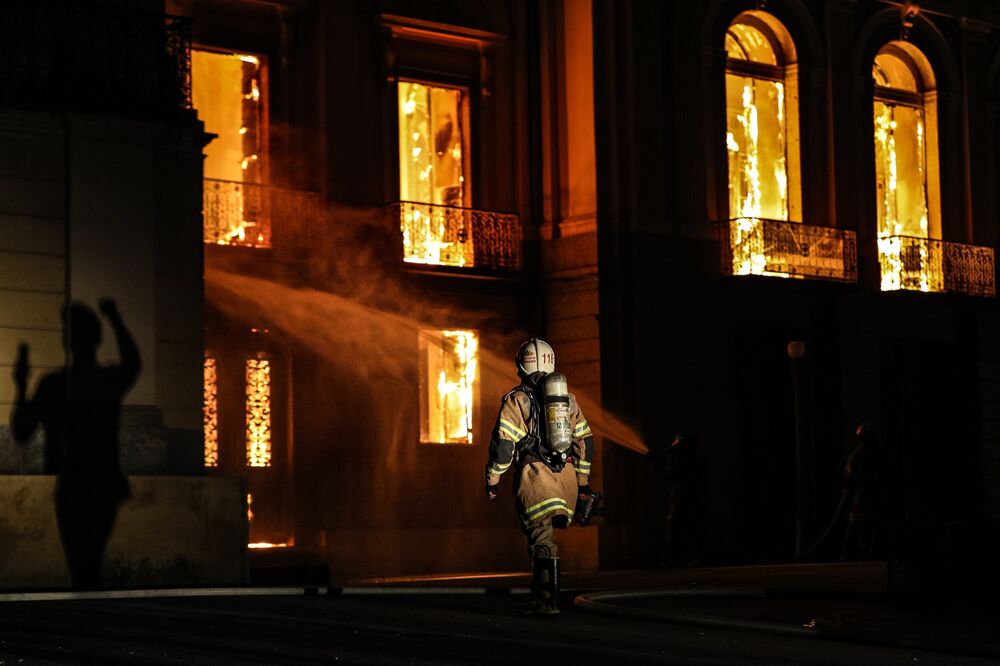 But he added that some of the museum’s pieces had been spared.

“We were able to remove a lot of things from inside with the help of workers of the museum,” Robadey told Globo News.

Connected to the Federal University of Rio de Janeiro, the museum has expositions that include anthropology, archaeology and paleontology, among others.

“Everybody wants to be supportive now. We never had adequate support,” he said.

Latin America’s largest nation has struggled to emerge from its worst recession in decades. The state of Rio de Janeiro has been particularly hard hit in recent years thanks to a combination of falling world prices of oil, one of its major revenue sources, mismanagement and massive corruption.

Just over a month before national elections, even before the flames were put out, the fire was leading to recriminations about dilapidated infrastructure and budget deficits in the city that hosted the 2016 Summer Olympics.

“Unfortunately, given the financial straits of the Federal University of Rio de Janeiro and all the other public universities the last three years, this was a tragedy that could be seen coming,” Marina Silva, one of the leading presidential candidates, tweeted.

On Instagram, Rio Mayor Marcelo Crivella called on the country to rebuild.

“It’s a national obligation to reconstruct it from the ashes, recompose every eternal detail of the paintings and photos. Even if they are not original, they continue to be a reminder of the royal family that gave us independence, the (Portuguese) empire and the first constitution and national unity,” he said.
____