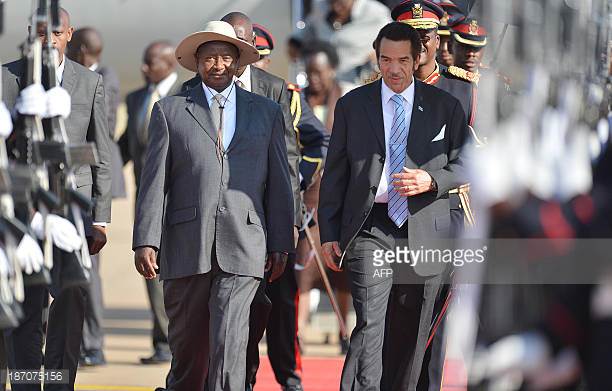 Masisi to Lead Botswana as Khama Steps Down After a Decade

BLOOMBERG – Ian Khama, a former army general who’s led Botswana for the past decade, will step down on Sunday, leaving his deputy Mokgweetsi Masisi in charge of the world’s second-biggest diamond producer until next year’s elections.While Masisi, 55, will inherit one of Africa’s wealthiest and best-governed nations, he’ll still have his hands full reducing the economy’s dependence on diamonds, creating jobs for the almost one in five workers who are unemployed and wooing more foreign investment.

“A safe pair of hands” is how economist Keith Jefferis, a former deputy central bank governor, describes Masisi. He expects him to push changes the economy needs, including doing more to integrate it into regional and global markets. 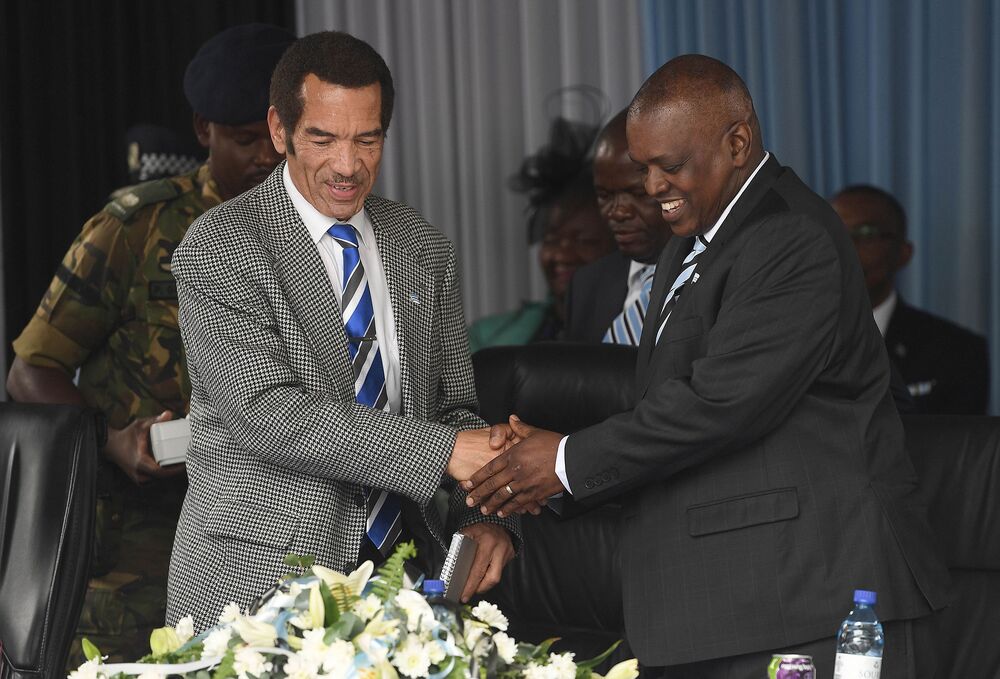 “It will be essential to re-establish much better public-finance discipline,” Jefferis said. “The quality of public financial management has deteriorated over many years, with poor spending decisions and an increasing level of waste and inefficiency.”

Trained Teacher
Masisi trained as a teacher and worked as an education project officer for the United Nations Children’s Fund for eight years before quitting in 2003 to enter politics. He was appointed assistant minister for presidential affairs and public administration after being elected as a lawmaker in October 2009 and given the same ministerial portfolio in 2011. Khama named Masisi minister of education and skills development in 2014, a portfolio he retained when he became vice president that year.“He is a jack-of-all-trades and is experienced in numerous areas,” said Leonard Sesa, a political scientist at the University of Botswana. “He will be the type of president who assigns someone something, then monitors them very closely because he knows exactly what the output should be.”

Botswana law restricts the president to serving two five-year terms, and provides for the vice president to automatically fill the post should it become vacant. The National Assembly will elect a new president after elections scheduled for October next year. Khama also took office a year before elections in 2009.
Lack of Jobs

The Botswana Democratic Party, which has ruled since the southern African nation gained independence from the U.K in 1966, is likely to name Masisi as its presidential candidate. While the party’s share of the vote slid to the lowest level since it took power in the last elections in 2014 amid voter disenchantment over the quality of state services and a lack of jobs, it’s still expected to retain its majority.

The son of Botswana’s first post-independence president, Khama, 65, angered several of his fellow African leaders, including Zimbabwe’s Robert Mugabe and Congo’s Joseph Kabila, when he publicly berated them for overstaying their welcome.

His administration has also sniped at U.S. President Donald Trump for making derogatory remarks about African nations and the UN Security Council for not doing enough to end the war in Syria.

Khama is likely to continue wielding influence after he steps down, according to Sesa.

“Khama appointed Masisi his deputy and trusts him completely,” Sesa said. “They both have made statements indicating that there has been joint planning for Khama’s retirement. I expect to see Masisi award Khama some type of national assignment once he is retired. There’s clearly mutual understanding there about working together.”