Assange gets Ecuadorian ID which is required for passport, citizenship 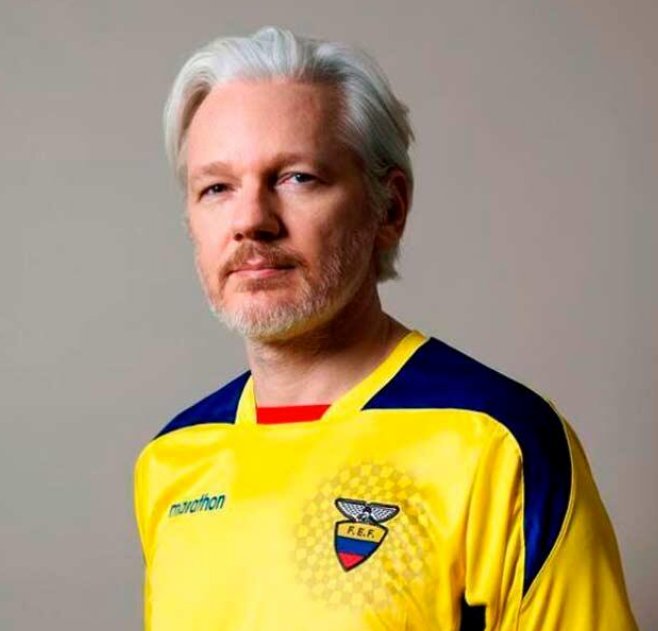 RT- WikiLeaks co-founder Julian Assange has cryptically uploaded a picture of himself dressed in the national colors of Ecuador. The country’s media reports the whistleblower has been granted an Ecuadorian ID.

Assange’s ID was issued on December 21, Ecuadorian outlet El Universo reports, citing “reliable sources” and providing the civil registry number to check on the government website. The document number 1729926483, upon checking on the Internal Revenue Service, is indeed registered to one Julian Paul Assange.

Meanwhile, Assange uploaded a photo of himself on Twitter wearing a yellow, blue and red shirt, the colors of the Ecuadorian flag. The post was his first activity on the platform since his strange message on New Year’s Day, which featured a 60 character code and a link to the popular song ‘Paper Planes’ by British rapper MIA. The tweet sparked widespread speculation over what, if anything, the seemingly random string of letters and numbers meant.

RT is trying to verify whether the document in question is indeed related to Julian Assange and to determine the status of his alleged Ecuadorian citizenship. 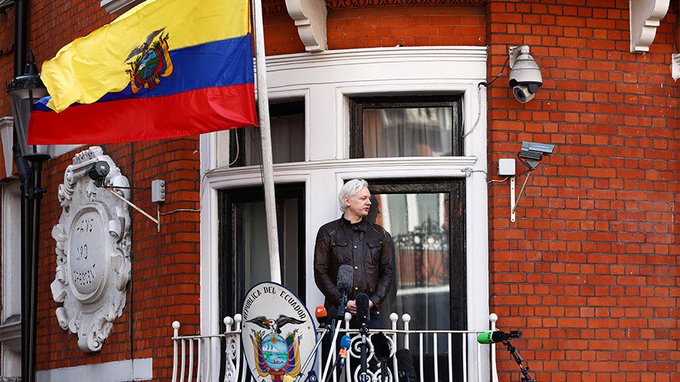 It appears the Ecuadorian government has granted Julian Assange some kind of formal documentation such as an ID card, human rights activist Peter Tatchell told RT. If that’s the case, it could pave the way for giving him a passport and even diplomatic status, he added.

“The granting of an identity card is of course potentially the first step towards being granted citizenship of Ecuador, and beyond that, the possibility that he could be granted diplomatic status, which would give him diplomatic immunity,” Tatchell explained. 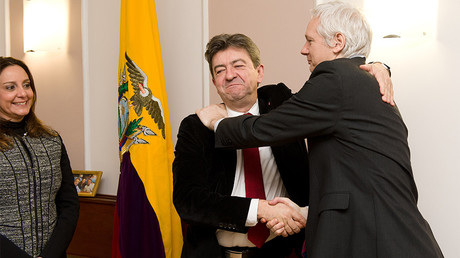 “And the suggestion might be that if he was granted diplomatic immunity he would therefore be free to leave the embassy and travel to Ecuador, and the British government would not be able to lay a finger on him. That is of course speculation, it’s a long way down the road yet, but clearly the granting of an identity card is a new development which may open the door to further things in the future.”

Earlier in the day, the Ecuadorian Foreign Ministry issued a statement reiterating it is seeking a solution to the problem with the British government, but did not mention anything about an official ID number, passport, or any changes to Assange’s asylum status.

Assange has been holed up in the Ecuadorian embassy in London since 2012, when he was accused of sexual assault in Sweden. Although Swedish prosecutors have since dropped the charges, British police remain outside the embassy ready to arrest the WikiLeaks co-founder for breaking his 2012 bail conditions. Assange refuses to surrender to the British authorities, fearing they would extradite him to the United States where he will be prosecuted for his whistleblowing activities.

Did you find apk for android? You can find new Free Android Games and apps.
Sharing is caring:
Ecuador, Julian Asange World News One Comment » Print this News