AFRICA: US evaluates value of relations with continent 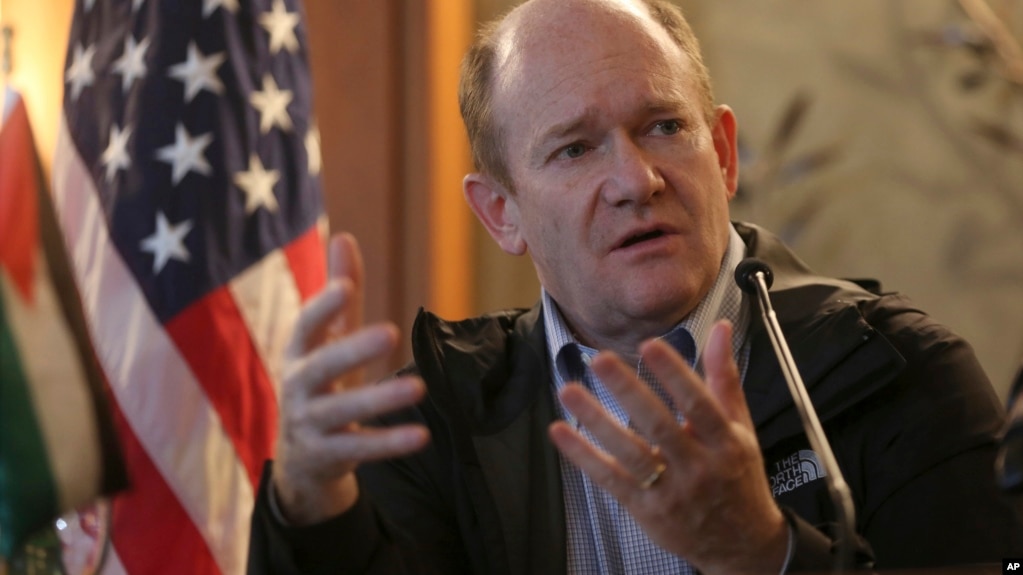 WASHINGTON (VOA) — A bipartisan delegation of five U.S. senators has returned from a week-long trip to four African countries to show America’s commitment to the continent.

The four Democrats and one Republican participated in a series of high-level meetings with heads of state and religious, business and military leaders in Burkina Faso, Niger, South Africa and Zimbabwe.

“The five of us went there intending to reinforce the significance and the value of U.S.-Africa relationships, and we were very warmly received. And I think we accomplished that goal,” Senator Chris Coons, a Democrat from Delaware, told reporters on a conference call Tuesday.

But Senator Coons also acknowledged that the delegation was asked questions about U.S. President Donald Trump and a perceived lack of positive engagementwith Africa due to diplomatic vacancies and disparaging remarks.

Although no new programs were announced ahead of the trip, the senators pointed to a range of bipartisan initiatives dating back several administrations that has deepened U.S.-Africa ties.

“One of the things that has long characterized U.S.-Africa relations is a whole series of initiatives that were taken up by Republican and Democratic administrations,” Coons said.

Those initiatives include PEPFAR, an AIDS-relief initiative founded by former president George W. Bush; the Millennium Challenge Compact, a foreign aid agency created by the U.S. Congress in 2004; and Power Africa, former president Barack Obama’s 2013 initiative to bring clean energy to the 70 percent of sub-Saharan Africans without access to reliable electricity.

Through the initiatives, millions of lives have been improved. PEPFAR now provides HIV treatment to more than 11.5 million people, and Power Africa has brought electricity to about 60 million people.

In a statement this week, Senator Cory Booker, a Democrat from New Jersey, and another member of the delegation, said that a rift created by “the actions of President Trump and his administration” has deepened the need for U.S. diplomacy. He believes the current leadership has “undermined American diplomatic leadership in the world, especially in Africa.”

The U.S. has no ambassadors to 15 African countries, including the Democratic Republic of Congo, Egypt and South Africa. No permanent successor to Acting Assistant Secretary of State for African Affairs Donald Yamamoto has been named. And former Secretary of State Rex Tillerson’s firing immediately upon returning a day early from his first African trip in March was seen by some as a snub against the continent.

Beyond tense relations, however, diplomatic vacancies pose real challenges for the U.S., in light of Africa’s fast-changing political landscape. Coons and Senator Jeff Flake, a Republican from Arizona who also joined the delegation, have laid out plans for legislation to remove 18-year-long sanctions against Zimbabwe. FILE – Zimbabwean President Emmerson Mnangagwa delivers his state of the nation address at a joint sitting of the parliament and the senate in Harare on December 20, 2017.

Before normalizing relations, however, the senators said President Emmerson Mnangagwa, who came to power following the forced resignation of his predecessor, Robert Mugabe, must fulfill promises for free and fair elections, along with other political reforms.

For the U.S., that makes monitoring progress within Zimbabwe essential.

“We desperately need to make sure that we have an ambassador on the ground when Zimbabwe has its elections,” Flake told reporters.

For his part, Booker affirmed his commitment to rebuilding America’s diplomatic and development engagement across Africa. “The Senate has a critical role to play in undoing the damage done by President Trump’s disparaging comments and the former secretary of state’s hiring freezes and budget cuts,” Booker said.

Beyond diplomacy and development programs, security partnerships remain a critical tie between the U.S. and Africa. Burkina Faso and Niger have found themselves on the front lines of violent extremism, with the U.S. as a long-term partner. 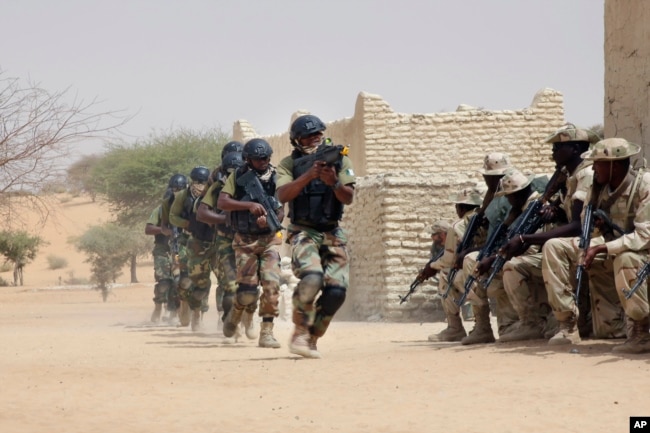 The multinational, U.S.-led Flintlock military exercise is currently under way in Niger, and the U.S. has committed $60 million to the G5 Sahel, a joint force of soldiers from five West African nations charged with containing terrorist groups operating in the region.

“The security partnerships are critical. And we got the sense from both of those host governments in West Africa that they saw us as a reliable partner,” Flake told reporters.

Senator Coons cautioned against reducing America’s engagement with Africa to high-profile incidents like the October attack in Niger that resulted in the deaths of four U.S. soldiers.

“Our relationship is more complex than that, more sustainable than that and broader than that,” Coons said.

Did you find apk for android? You can find new Free Android Games and apps.
Sharing is caring:
AFRICA: US evaluates value of relations with continent World News No Comments » Print this News