AFRICA: So the Regional despotic dictators thought they could force PEACE onto South Sudan! 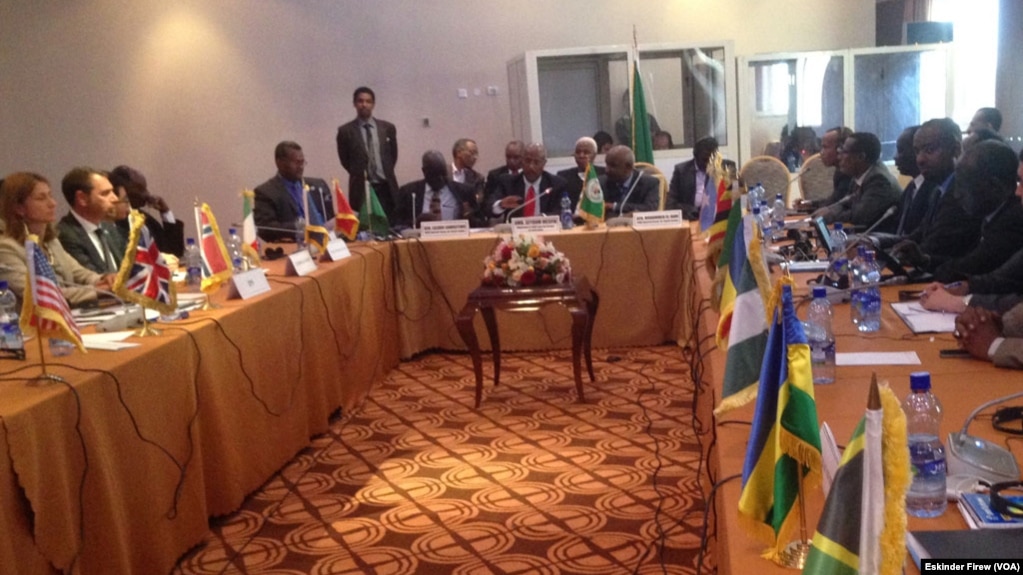 FILE – Members of a mediation team for the conflict in South Sudan are seen meeting in Addis Ababa, Ethiopia, July 23, 2015.

The sides met in Addis Ababa this week in a renewed attempt to end South Sudan’s civil war, which has driven more than four million people from their homes and left an estimated seven million in need of humanitarian aid.

Opposition groups, including the SPLM-IO and the South Sudan Opposition Alliance, say the proposal from the East African development bloc, IGAD, does not address the root causes of the South Sudan conflict. They also argue it gives the current government, run by President Salva Kiir, far more positions in a future transitional government. 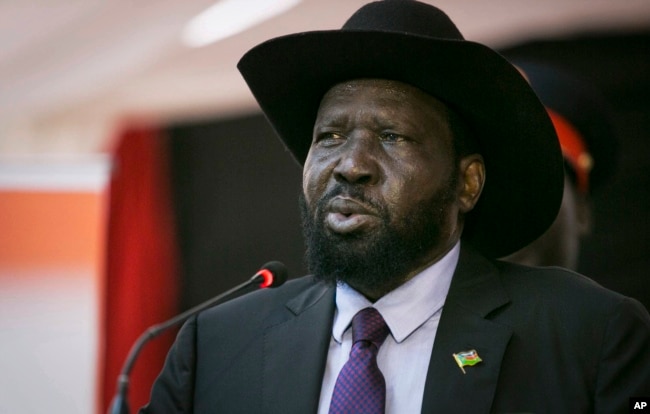 “Last time we were asked to submit our proposal, and when we look at this [draft] agreement it does not reflect the proposal that we had,” said SPLM-IO spokesman Mabior Garang. “In fact it looks more like an agreement on surrender because it gives everything to the government.”

Kwaje Lasu, spokesperson for the South Sudan Opposition Alliance — a coalition of nine opposition groups — says his group rejects the proposed agreement because it has no provisions for transforming South Sudan into a democratic country.

“We believe that this IGAD proposal is the position of the government of South Sudan whereby they are trying to maintain the status quo,” Lasu said. 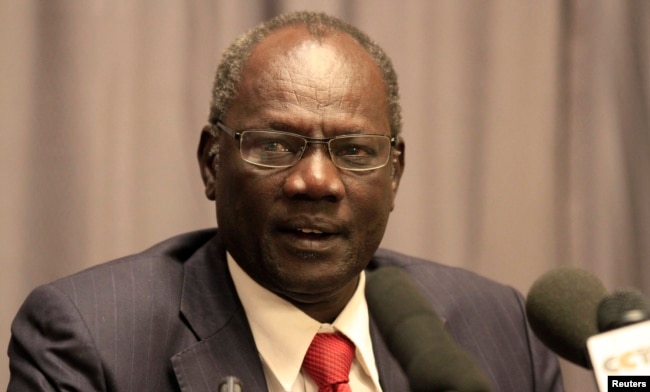 South Sudan Information Minister Michael Makuei says he also does not fully agree with the proposed deal, because some of its provisions do not take into consideration the government’s position on key issues of leadership, governance and security.

But he says he agrees with aspects of the proposal in terms of sharing responsibility.

The civil war erupted in December 2013 with clashes between supporters of President Kiir and backers of Vice President Riek Machar.

Ismail Wais, IGAD’s Special Envoy to South Sudan, says the proposed draft is a deal that identifies some common ground for all of the parties. “I further encourage the South Sudanese parties and stakeholders to consider the IGAD bridging proposal, which reflects a considered effort to identify common ground between the different negotiating positions,” he said.

The second phase of the talks, called the High Level Revitalization Forum, ended Wednesday. Wais said IGAD will invite the warring parties to Addis for more talks. No date for a resumption in talks has been set.

UGANDA: Abudallah Kitata – the fly that followed the corpse into the grave