The pest could cause extensive maize yield losses, estimated between $3.6 and $6.2 billion per year across the 12 major African maize producing countries

ADDIS ABABA, Ethiopia, February 6, 2018/ — In 2016, an invasive crop pest called the fall armyworm (FAW) was first confirmed in Africa. Native to the Americas, FAW can feed on 80 different crop species including maize, a staple food consumed by over 300 million African smallholder farm families. The crop pest has since been found in over 30 African countries, posing a significant threat to food security, income and livelihoods.

If proper control measures are not implemented, the pest could cause extensive maize yield losses, estimated between $3.6 and $6.2 billion per year across the 12 major African maize producing countries, according to an evidence note published by the Centre for Agriculture and Biosciences International (CABI) in September 2017. 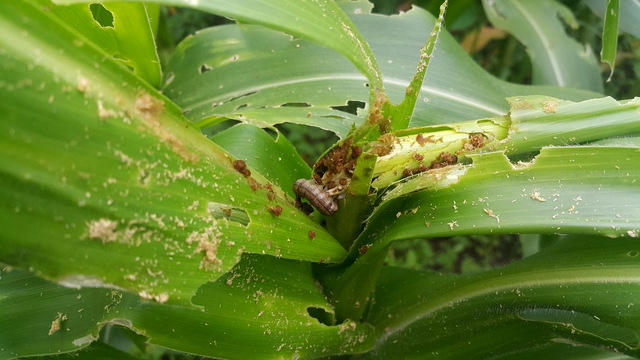 Fall Armyworm in Africa: A Guide for Integrated Pest Management was jointly produced under the U.S. Government’s Feed the Future initiative by the United States Agency for International Development (USAID), the International Maize and Wheat Improvement Center (CIMMYT) and the CGIAR Research Program on Maize (CRP MAIZE). 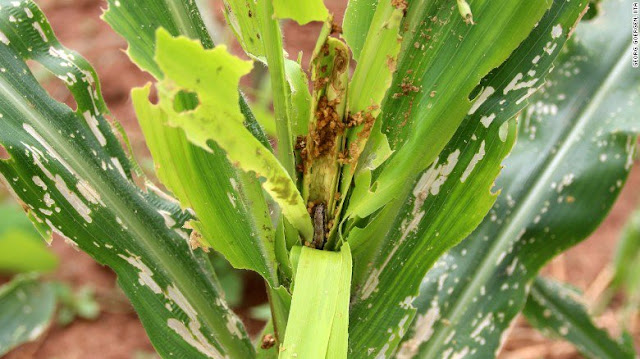 To mitigate potential damage from the Fall Armyworm outbreak in Ethiopia, the Feed the Future Value Chain Activity is working with the government and the private sector to train agricultural extension staff and farmers in Fall Armyworm identification and control. More than 200 development agents have been trained so far, and these experts are now replicating the training to hundreds more. The project is also coordinating a mass awareness campaign to provide key mitigation information directly to farmers in appropriate local languages. Additional partnerships with CIMMYT, CropLife Ethiopia and other private sector entities will focus on seed input supply, spray service providers, and additional research on how to best minimize crop damage caused by Fall Armyworm.“Fall Armyworm in Africa: A Guide for Integrated Pest Management” is available for free download at:https://feedthefuture.gov/sites/default/files/resource/files/FallArmyworm_IPM_Guide_forAfrica.pdf

Did you find apk for android? You can find new Free Android Games and apps.
Sharing is caring:
army worms, maize, africa, Food security World News Comments Off on AFRICA FOOD SECURITY: Army warm to cause loses of $3.6B – $6.2B per year Print this News

« DRCONGO: US puts sanctions on destabilizers of Eastern DRC (Previous News)
(Next News) REFUGEES: Donors threaten to cut aid to Uganda over theft »