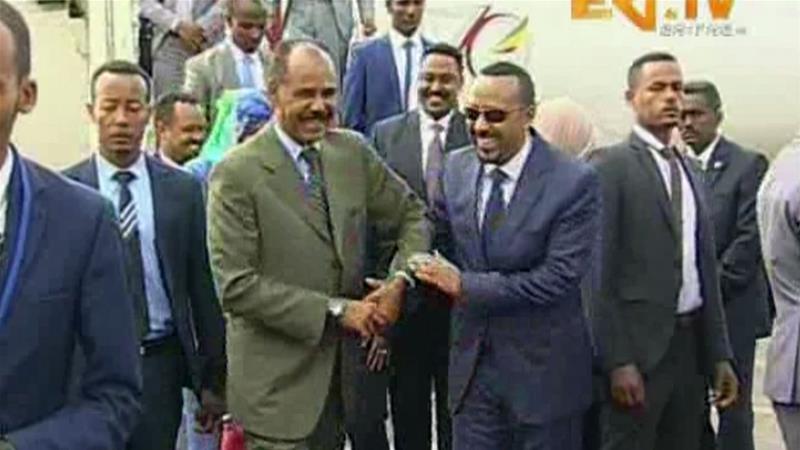 With hugs and cheers, the leaders of Ethiopia and Eritrea have met for the first time in more than 20 years amid a recent thawing in relations between the two long-time East African rivals.

“A truly historic moment with memorable watershed events: brotherly embrace of the leaders,” said Yemane G Meskel, Eritrea’s minister of information, on Twitter, adding that Ethiopian Airlines landed in Asmara for the first time in 20 years.

The visit comes a month after Abiy surprised people by fully accepting a peace deal that ended a two-year border war between the two countries.

“Our two nations share a history and bond like no other,” he said on Twitter. “We can now overcome two decades of mistrust and move in a new direction.” 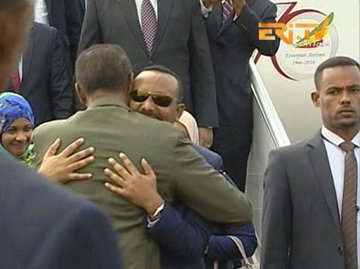 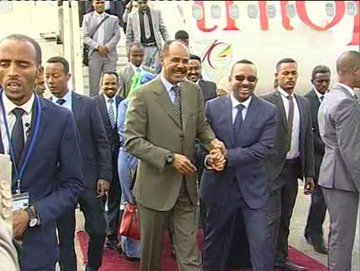 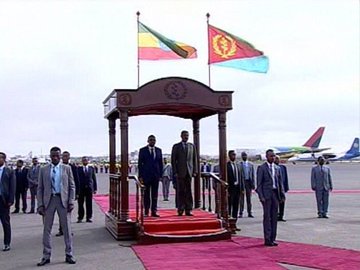 ‘New era’
Video footage from the Ethiopian state television showed crowds dancing and singing for the two leaders at the Asmara International Airport.

“Historic … the beginning of the end. The glass ceiling has been broken,” one resident, Shewit Wudassie, wrote on Facebook.
Another Facebook user, Djphat Su, wrote: “Am I dreaming or what?”
Eritrea, which possessed Ethiopia’s only access to the sea, broke off from its larger neighbour in 1993 leaving Addis Ababa landlocked.
The East African countries fought a bloody border war that erupted in 1998. The two-year war left more than 80,000 people dead and hundreds of thousands displaced.
A UN-backed peace agreement in 2000 awarded the disputed border territories to Eritrea, but the deal was never implemented.
The countries have skirmished since then in one of Africa’s longest-running conflicts.
Last month’s decision to fully accept the deal was the biggest and most surprising reform yet announced by Ethiopia’s 42-year-old prime minister, who took office in April and quickly set off a wave of reforms, freeing journalists and opposition figures from prison, opening up the state-run economy and unblocking hundreds of websites after years of anti-government protests demanding more freedoms.

Hallelujah Lulie, programme director of Amani Africa, an Ethiopia-based African policy think-tank, believes that the shared history of the two countries is more important than the differences.

“Ethiopia and Eritrea have a very rich history, shared culture, religion and shared memory in trauma,” he told Al Jazeera in an interview from Addis Ababa.

“And the two countries have a huge potential for economic, cultural and political cooperation – that will have a great impact for the security and integration of the Horn of Africa and the bigger Eastern Africa,” Lulie added. 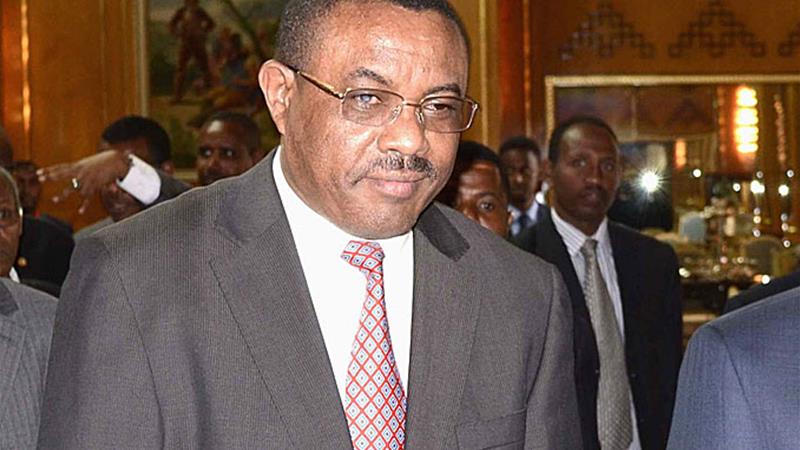