AFRICA: Another reason why Museveni skipped the AFCFTA Kigali Summit 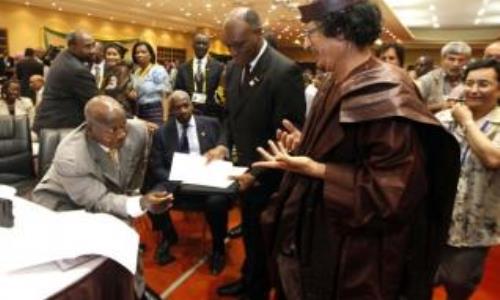 ANOTHER REASON WHY MUSEVENI SKIPPED THE AFCFTA SUMMIT IN KIGALI

Early this week, Uganda’s military dictator made a last-minute cancellation of his trip to Rwanda to attend the African Continent Free Trade Area (ACFTA). He ordered his security and protocol advance team back to Kampala. Instead it is his in-law Sam Kuteesa who represented him at the same event. There has been wide speculation pointing at inadequacy of his personal security arrangements in Kigali. It is alleged that owing to the ongoing bickering between him and Kagame, Rwanda did not adequately cooperate with his advance team.

The regime has not come out clearly over the issue thus giving speculation a chance to thrive. While security reasons could be one of the reasons, there is a bigger issue behind the cancellation. Museveni has never and does not support anything to do with any move aimed at bringing together the entire African continent. He favours regional blocs like the EAC where his chances of becoming its leader are high.

The idea of uniting the entire African continent was initiated in the late 1950s and early 1960s by the likes of Senegal’s Leopold Senghor and Ghana’s Kwame Nkrumah. Two groups emerged; countries mostly in the west and North Africa like Nigeria, Senegal, Liberia, Ethiopia and most former French colonies led by Leopold Senghor favoured achieving of unity through a gradual process of economic cooperation. On the other hand, Kwame Nkrumah led the “progressive states” like Ghana, Egypt, Aligeria, Guinea, Morocco, Mali, Libya and others who favoured an immediate political federation. The two blocs came to be referred to as the Monrovia and Casablanca groups respectively. The impasse was resolved when Ethiopia’s Haille Selassie invited the two groups to Addis-Ababa where a charter establishing the OAU was signed by all the independent African countries.

The idea of establishing an African continent government under the United States of Africa was revived by Gaddafi in the late 1990s. Aware that he had no chance of being the leader of the African continental government, Museveni vehemently opposed Gaddafi right from the start. In July 2007 Gaddafi stormed out of the AU summit in Accra Ghana after a majority African leaders rejected his call for immediate formation of one continental government.

Museveni had during the opening of the same summit called on AU leaders to “sweep the terrorists” out of Africa. In reference to Arabs, he said; “Let them go back to Asia or the Middle East where I understand some came from”. The summit came a few days after the Kampala twin bombing of July 11th. A month earlier Gaddafi’s request to use River Nile waters for development in Libya was rejected by Ministers from the Nile Basin Initiative Member States at a conference in Kampala.

In March 2008 Museveni and Gaddafi guards physically tussled during the opening of the Gaddafi Mosque in Kampala. Guns were drawn and dozens of guards were seen bleeding while some of the eleven heads of state present from the East and Horn of Africa were physically pushed. During the same year Gaddafi convened a conference in Libya for 200 Sub-Sahara African Kings and traditional rulers to witness his being crowned the King of Kings. In January 2009 Museveni cancelled a Gaddafi sponsored summit of traditional leaders from across the continent. 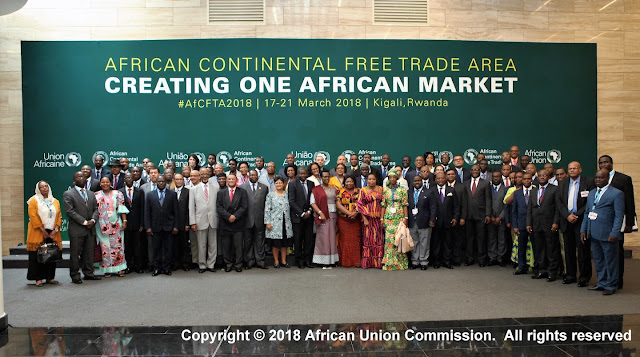 In February 2009 Museveni clashed with Gaddafi during the AU summit in Ethiopia over the fast tracking of the formation of a single government for all African governments. In what looked like a parliamentary debate, Museveni repeatedly interrupted Gaddafi’s speech with “Points of Order”. Consequently, Gaddafi stormed out of the meeting and the summit ended without a way forward. Gaddafi was pushing for a single currency, united military and a common passport. Using his position as the then AU Chairman, Gaddafi had invited cultural leaders – kings and chiefs to the AU summit. Museveni openly told the summit that he would take action against any Ugandan king that involved himself in politics.In July 2009 Museveni made a last-minute cancellation of his attendance of an AU conference on agriculture in Libya that was also being attended by the Presidents of Iran and Italy. On 30th July 2010 during the 15th AU summit in Uganda Museveni violently moved from his chair and charged against Gaddafi who was delivering his speech. He was only blocked by an aide as the bemused Gaddafi and everyone in the hall looked on in disbelief (see the rare photo attached). Earlier on, on the 25th July during the opening of the same summit, the guards of the two principals had physically exchanged blows.

In December 2010 a leaked secret US embassy cable dated 14th September 2007 revealed that during a meeting with the US Assistant Secretary of State for Africa, Jenday Frazer, on 5th September 2007, Museveni had expressed his concern for Gaddafi’s influence on some leaders of governments in West Africa for an Arab Agenda on the continent under the cover of a United States of Africa. He went further to allege that Gaddafi was using both intimidation and buying them off. He went further to argue that Gaddafi’s closeness to Sudan which was at the time top on the list of terrorism sponsorship was a problem. In another leaked cable dated 18th June 2008 Museveni accused Gaddafi of plotting to shoot down his plane. It further disclosed that consequently, Museveni had expressed his fear and sought for US’s provision of a coordinated additional air radar information whenever he flew his jet.

Museveni preferred economic and not political integration by arguing that each country has different foreign and internal policies and national identities. Giving an example of Kiswahili for the EAC, he further argued that lack of a common language would be a source of tension or conflict among a United States of Africa. When the civil uprising broke out in Libya, Museveni opportunistically came to Gaddafi’s defense. However, he accuses him of the following crimes:

1. Aiding the Iddi Amin regime “because he was a Moslem”.

2. Disrespect by overruling positions taken by other African heads of state in his push for the AU Continental government.

3. Interfering in the internal affairs of many African states using the ” little money Libya has”

4. “Arab leaders supported or ignored the suffering of the black Sudanese.”

From the foregoing, it can be authoritatively argued that Museveni is allergic to any move to unite the entire African continent thus why he dodged the Kigali summit. He very well knows that he is more vulnerable to harm by Rwanda while he is in Uganda than when he is on a state visit to Kigali thus in the circumstances security concerns may not arise. His much cherished EAC is at the verge of disintegration owing to his treachery and opportunism.