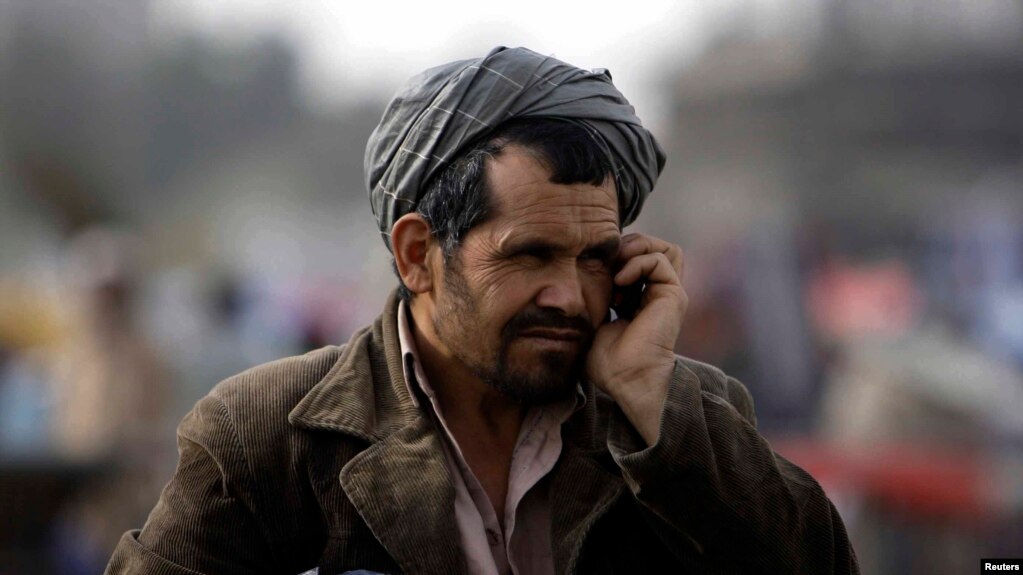 FILE – An Afghan man talks on his mobile phone on a street in Kabul, March 24, 2011. Taliban insurgents recently shut down private telecommunication companies in several parts of the country.

VOA – Taliban insurgents recently forcibly shut down the services of private telecommunications companies in areas under their control in Afghanistan’s southern Helmand province.

Residents said the action cut off their mobile phone service for the past five days.

“In a note to all communication companies, Taliban warned them to stop their operations,” Zaheer added.

The insurgents reportedly forcibly shut down at least 120 communications towers, perhaps in a bid to disrupt Afghan military operations in the province.

“Our forces have their own tactical communication system and do not use or rely on private communication services,” Mohammad Radmanesh, a spokesman for the Afghan defense ministry, told VOA. The disruption, he said, “would only create problems for local residents.”

The Afghan military recently launched an operation nicknamed “Nusrat” in Helmand to push the Taliban out of their strongholds.

Helmand is not the only place that the Taliban shut down telecommunications services. Local officials said the insurgent group pressured communications companies to cut operations to just a few hours a day in parts of southern Uruzgan and Zabul provinces.

Private communications companies that provide mobile and internet services in the areas declined to comment on the issue, fearing their comments would upset the insurgents.

Radmanesh of the Afghan defense ministry did not rule out opium harvest season as a possible motive behind the Taliban’s move against communication services. He said the insurgents want to prevent locals from tipping off security forces about Taliban presence in poppy fields.

Taliban insurgents get close to 60 percent of their revenue from narcotics activities, including smuggling and taxing local growers.

According to a report by the U.N. Office on Drug and Crime, the total area under opium poppy cultivation in Afghanistan was estimated at 328,000 hectares (1,266 square miles) in 2017, a 63 percent increase compared with 2016.

“In Helmand province alone, cultivation increased by 63,700 hectares (+79%), which accounted for about half of the total national increase,” the U.N. report said.