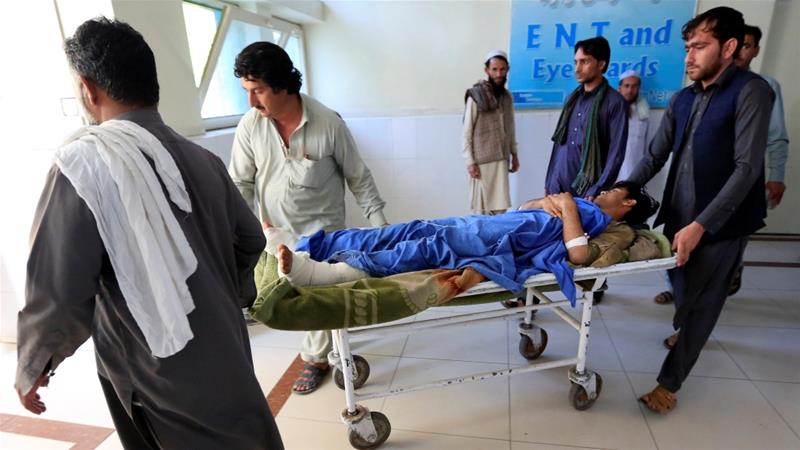 AL JAZEERA – At least eight people were killed in a series of bomb explosions at a cricket match in Afghanistan‘s eastern Nangarhar Province, a provincial official said.

The attack took place as hundreds of people gathered at Spinghar cricket stadium in the provincial capital Jalalabad to watch a Ramadan night-time cricket tournament on Friday.

Attahullah Khogyani, spokesman for the provincial governor, said at least 45 others were wounded in the blasts, adding that the organiser of the cricket match, Hedayatullah Zahir was also among the dead.

“The terrorists did not stop killing our people even during the holy month of Ramadan … by carrying out a terrorist attack in a populated sport stadium, once again they have proved that they are not bound to any creed or religion, and they are the enemy of humanity.”

No one immediately claimed responsibility for the attack. The Taliban sent out a statement to Al Jazeera saying they were not involved in the attack.

During the Taliban regime in 1990s, cricket was forbidden and deemed a distraction from religious studies, as were other sports tournaments and activites. Kabul’s Ghazi Stadium was known to be a ground for executions carried out by the Taliban.

But in the recent years, cricket’s popularity has surged as the Afghanistan’s national cricket team became part of the Test nations in 2017. —— AUTO – GENERATED; Published (Halifax Canada Time AST) on: May 19, 2018 at 05:54AM